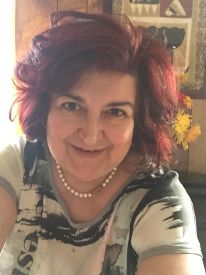 Born on the Mediterranean Sea and quickly turned citizen of the world, Laura Lozza gained a Master of Science in Industrial Chemistry in Genova, then joined Procter & Gamble as Technical Brand Manager and continued in P&G throughout a successful international career, living in the USA, Germany and Belgium, gradually moving to more global and strategic positions that exposed her to a vast range of Asian, American and European cultures.

When her 2 Italo-Norwegian children reached school age, she decided to move the family to Norway and joined Norsk Hydro (later demerged into Yara) where she continued her international career in roles that included Business Development, Marketing and General Management, with a further expat assignment in France, and then held significant P&L responsibilities in Africa.

She founded Grooa, a partnership of international coaching consultants operating in Europe and has since successfully coached and trained in coaching skills hundreds of executives. Together with her business partners and associates, she assists several MDs and CEOs with strategic consultancy and organizational development projects.

She works out of her two offices in Oslo (Norway), and Gemert (Netherlands), holding face2face as well as remote coaching and consultancy sessions via webcam or phone; she also holds workshops and leadership courses around the globe.

Holding an ICF Professional Coaching Certification, and having authored the book "The 7 Qualities of Brilliant Executive Coaching" as well as several articles, Laura has successfully coached and trained hundreds of international leaders (over 30 different nationalities) within multinational companies like NBC-Universal Pictures, Mars, Unilever, Marel, Yara and Kraft/Mondelez, helping them to become more confident and influential (see references).

An engaging story-teller, Laura is enthusiastic and inquisitive. Her style is open, humble and direct. She uses her creativity and extensive strategic business experience to provoke, challenge and offer alternative perspectives; she uses humor to shift the space and courageous dedication to evoke lasting transformations, holding clients accountable on progress. 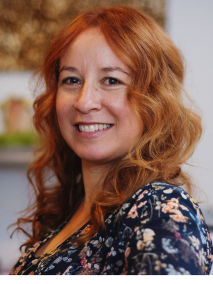 Mónica has been able to master her own destiny by taking the responsibility and commitment of her own development and self-awareness. Finding herself in technical jobs always acting as the liaison between teams and departments in different countries, she decided to re-direct her career to better use her talents and to adjust her contribution to the world with her values.

In her life and work she is genuine, humble, passionate, value led and self-disciplined and with the challenge of founding a personal development center is also demonstrating courage to face challenges, adaptability and resilience to learn and recover from difficulties.

As an entrepreneur and authentic leader, Mónica has the capacity to build trust, inspire and empower others to discover and contribute with their own talents both at work and in their personal life.

Her ability to connect with people, independently of culture, position or background, as well as her state of presence, allows her coaching to be creative, honest and direct since the very first minute. She has the perfect combination of compassion and fierceness to better serve her clients.

She believes her leadership coaching work grows, not only with continues learning of skills and tools, but also with her own growth as a leader in her personal live and business. And this is the main reason why her own development as a human being is a priority for her.

For 13 years Monica has worked in the semiconductor industry as an analog design engineer first, and project leader next, in some of the key companies in the industry (eg. Sony, Philips, LSI). Her work in multinationals as well as living in different countries has allowed her to appreciate the challenges and richness of diversity and also to strengthen the ability to keep an open mind while listening to different views or perspectives.

Having had to go through many changes in her career and personal life (some wanted, others imposed by the external circumstances) have allowed Mónica to develop the skills and self-confidence to navigate through uncertainty with ease. She is not attached to a way of doing things but rather to the way that would be best for all.

In 2012 she founded El Factor Humano Burgos, a personal development center in her hometown in Spain, that serves both individuals and organizations providing leadership programs from an integral and humanistic approach. There, she has become one of the most respected coaches for her professional and ethical way.